If you attended our Annual Congregational Meeting or have had a chance to read this excerpt from the report, you already know that Good Shepherd's leaders began 2017 with a number of initiatives we are working toward. We have begun specifically engaging each of these initiatives individually in previous posts here and here.

Each week we are engaging one of these initiatives here, in order to share what we are working toward, and even more importantly, to invite your prayer for and involvement in this work. As I've mentioned, these initiatives can be categorized in three areas: Passing the Baton, We Before Me, and Getting Our House in order. 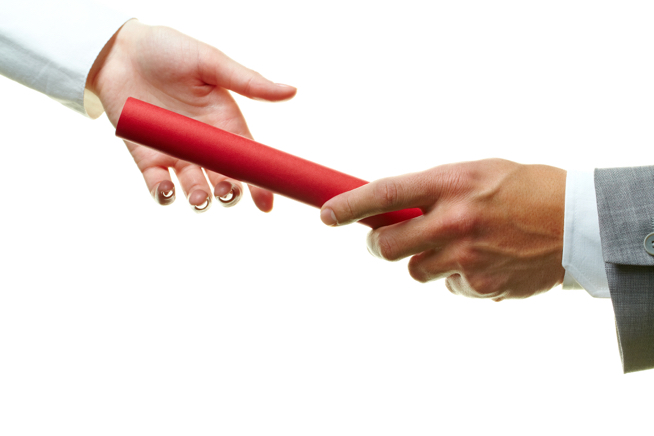 In Matthew 25.14-30, Jesus tells a well-known parable often referred to a The Parable of the Talents. Just today, I saw it called The Bags of Gold. I suppose that gets the point across, but I fear that makes this story seem like it's just about money. And there's much more to it than that.

Ultimately, I believe this parable is about being faithful with what God gives us - in all areas of life. Not only in our finances but also our spiritual gifts and, perhaps the most challenging, our use of time. We are called to rightly steward all that we have been given, that everything we have would be used for God's glory and honor.

I believe this parable is an example of leadership development. While two of the men in the parable wisely invest what they've been given, earning a return on investment of 100% (quite an ROI!), while a third man buries his gift in the ground, bringing no return to his master.

I believe we can make either of two opposite mistakes in viewing leadership development. One is to attach a mystique to leadership that says in effect, "God calls leaders. Leaders are born. There is nothing we can do about it." The opposite is to say, "Leaders are made. With the right techniques, we can produce them."

On the contrary, true leadership is a mix of the two: God-given ability and ongoing development.

At Staff and Session's retreat on January 21st, we discussed our need for leadership development at Good Shepherd, too. Not only leaders to join ministry teams and serve as officers of the church (though that's always nice!), but those who recognize and live into their gifts in leadership in all areas of life. As Leighton Ford asserts as well, leadership is needed in ministry, as well as politics and business, in our neighborhoods, families, and PTA meetings!

So, as you may have heard, in the next 6 months, we will create an introductory Leadership Development opportunity which reveals God’s process of developing leaders and prepares Covenant Partners for greater impact on campus, in our community, and around the world. This process will build on the work of Dr. Robert Clinton of Fuller Seminary. In his book The Making of a Leader, he writes:

Effective spiritual ministry flows out of being, and God is concerned with our being. He is forming it. The patterns and processes He uses to shape us are worthwhile subjects for leadership study. Those who study patterns and processes, and use insights from them in life and ministry, will be better prepared leaders.

Would you join me in praying for this upcoming opportunity at Good Shepherd? That God would guide us as we prepare this opportunity for developing leaders of our church and for our world?