Thursday Night at the Greek

On Thursday night, my wife Cassie and I attended a concert at the Greek Theater. The band isn't her favorite musical act, but I had been looking forward to this show since I got tickets back in December.

With work commitments and a busy family life, it had been a while since we attended a concert like this. But after getting the kids dinner, explaining all the rules to our babysitter, and battling traffic through Los Angeles, we found our seats at the Greek (yes, unlike other concertgoers, we sat the entire time). And the concert was incredible! Well worth the trouble getting there on a "school night."

For me, there's nothing like a live concert. Especially at a venue like the Greek, when the temperature finally cools off a few degrees and the only ceiling is a canopy of stars. I'm tempted to describe the experience as "transcendent."

All this for just five guys on stage. A couple guitars, bass, drums, and vocals. Piano here and there.

Now, we had what were called "Obstructed View" seats. We could see everything happening on stage, but we were off to the side, at an angle. So we could see the band, but we could also see their crew. At one point Cassie remarked at how many other people there were on stage. 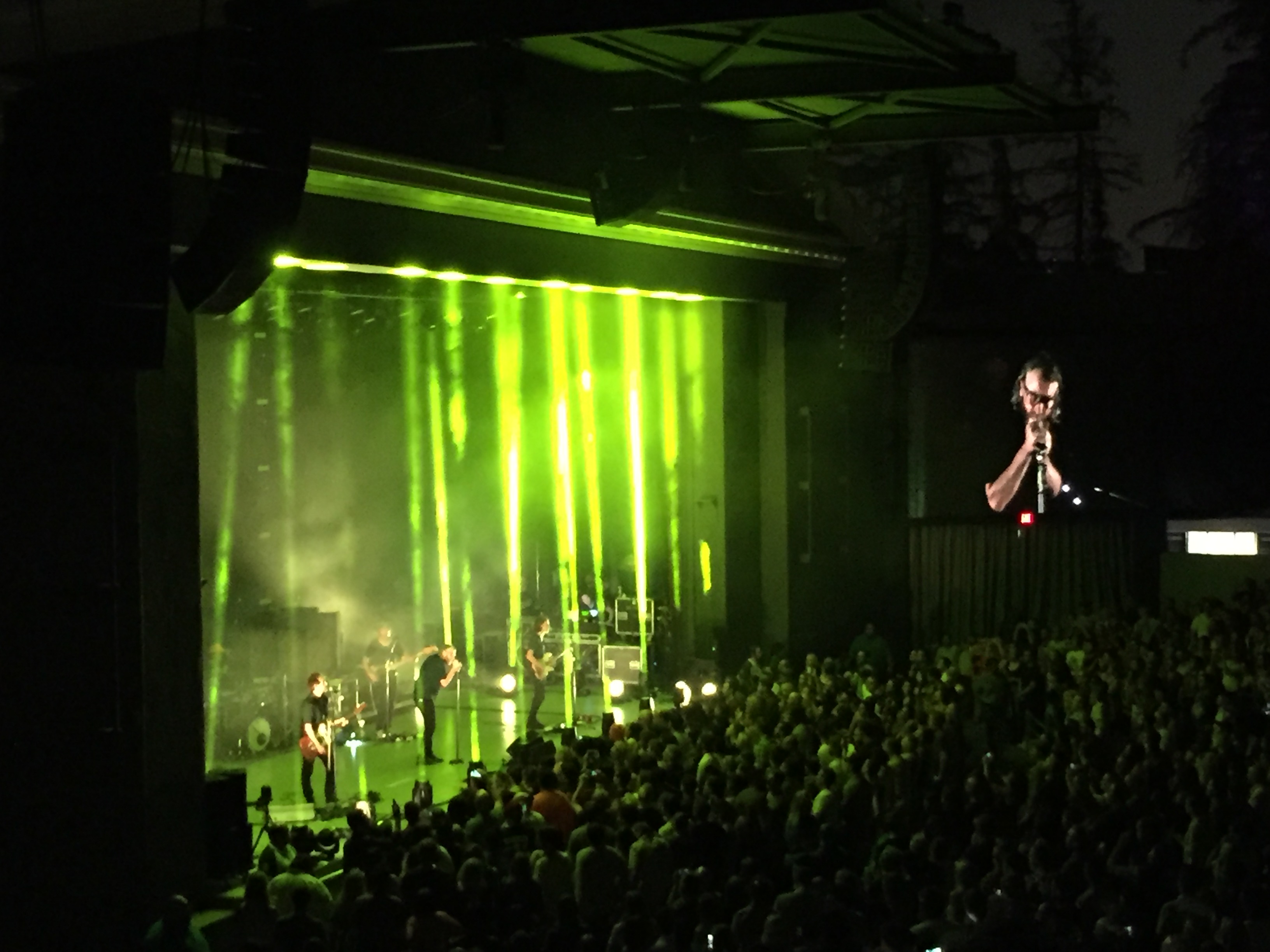 Off to the side and out of the spotlights were these roadies. Sound engineers. Stage managers. Lighting techs. The guys who made sure each guitar was tuned before bringing it out to the band members in between songs.

This serves as a helpful metaphor for the church. In a new series we begin Sunday, July 31st, we are thinking together about what it means to be a member of a congregation, what our denomination calls a "Covenant Partner." In Paul's first letter to the Corinthians, he writes,

It's like that concert at the Greek Theatre on Thursday night. While some have "up front" roles to play, it takes a huge team behind the scenes to pull off the show. Without everyone on stage, Cassie and I couldn't sing along from our seats with the "obstructed view."

To be a Covenant Partner means joining the tour, serving either on the stage or over on the side, out of the spotlights. It does not mean sitting in the audience - that's for the world outside, looking on. And, by God's grace, when we work together, each with our own part to play, that world outside looking on will learn to sing along - and maybe even join the tour, too!

Thanks Curtis for doing this study. When joining the church we read the book. Was so impressed sent copy to pastor of our last church....so many of us older people have never thought about church participation as shared in this little book. Our small group had a good discussion this morning. Thanks!! Esther Pearson

I liked your metaphor. It also resonates when we compare what took place at the two political conventions. One person said "I alone" while the other said "We together." While I want to hear more from both, I have to believe in team work over me alone.

As a side note, we had two recent experiences at the Hollywood Bowl, using the Metro bus from the parking at Lakewood and the 105, which makes things so easy. We had an experience with Brian Wilson that was not worth the trip. We are Beach Boy fans. We had a great experience with Dudamal and the young lady they picked to play Maria. She was everything they said about her. When Westside Story came out,a friend took me to Wallach's Music City to hear the album. That was my introduction to musicals and live plays of all kinds, has led me to attend hundreds since 1957!